Marble İzmir Advisory Board has gathered

Advisory Board has gathered

Marble Izmir Fair extended advisory board meeting, one of the global meetings of natural stone industry, was held on March 2 in Historical Coal Gas Factory with representatives of the industry.

A resolution has been taken to conduct a survey with all the exhibitor companies for Turkey's natural stone industry's gate to the world Marble Izmir Fair.  It has been stated in the extended advisory board meeting that was also participated by the Mayor of Izmir Metropolitan Municipality Tunç Soyer that the resolution to hold Marble Izmir Fair between the dates 1-4 April will be taken after the discussions with Republic of Turkey Ministry of Health and the answers that will be placed on the survey by the industry.

Extended advisory board meeting was held in Historical Coal Gas Factory before 26th Marble Izmir Fair that will be held in Fuar Izmir between the dates 1-4 April 2020 by IZFAŞ and hosted by Izmir Metropolitan Municipality. The current situation that was brought to the agenda by the rapidly spreading Coronavirus was discussed in the meeting. In the extended advisory board meeting; Mayor of Izmir Metropolitan Municipality Tunç Soyer, Istanbul Mineral Exporters' Association Head of Board of Directors Aydın Dinçer, Aegean Mineral Exporters' Association Head of Board of Directors Mevlüt Kaya and Turkish Marble, Natural Stone and Machinery Manufacturers Association Head of Board of Directors İbrahim Alimoğlu and IZFAŞ General Director Canan Karaosmanoğlu Alıcı and many representatives of the industry were present.

The situation will be evaluated again in 15 March.

In the meeting in which a common sense was reached with the representatives of the industry, it was ruled out to receive the opinion of all the exhibitors regarding the subject of Marble Izmir Fair being held between the dates 1-4 April according to the survey that will be conducted with exhibitors by IZFAŞ and evaluate the situation with Republic of Turkey Ministry of Health until 15 March. Mayor of Izmir Metropolitan Municipality Tunç Soyer, making statements regarding the process, said: "We are going through an important period. We wish to confer together how this might impact natural stone industry, Izmir and Turkey's economy and Marble Izmir. I thank everyone for their participation in this important meeting. I believe a step will be taken in a short time regarding this virus. For us, time for evaluation continues. I think this flexibility is a force that we have until March 15".

While IZFAŞ General Director Canan Karaosmanoğlu Alıcı stated "Izmir Metropolitan Municipality and IZFAŞ will act under the responsibility put on them by being a public institution. What matters is the health of people and society.... We need to take the final resolution by having discussions with our industry. We will act according to the demands of the industry. We maintain our will to hold the fair. We promptly continue our visitor activities all around the world. We will conduct a survey with all our exhibitors. "You can be sure that we will take the most appropriate resolutions with you" 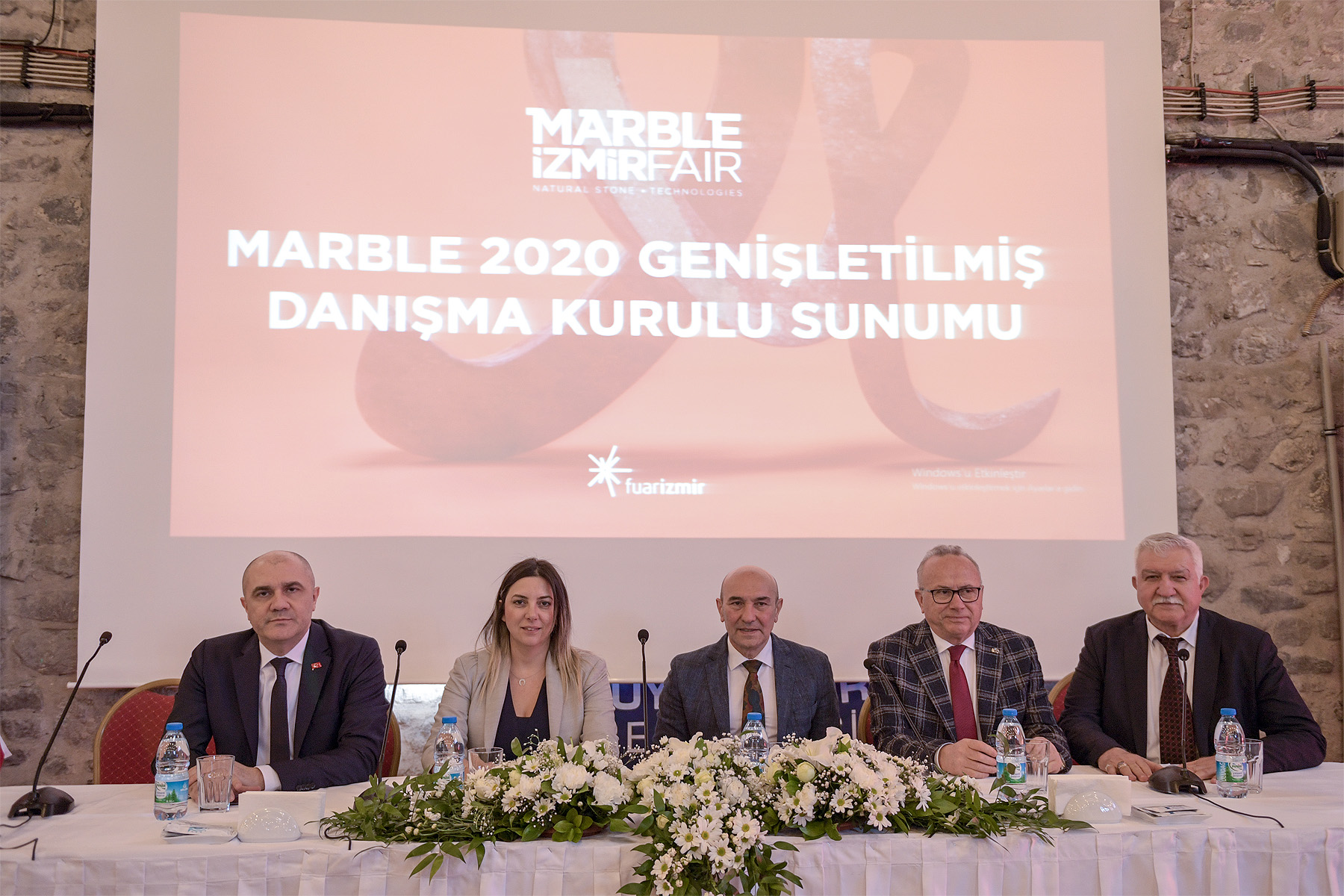